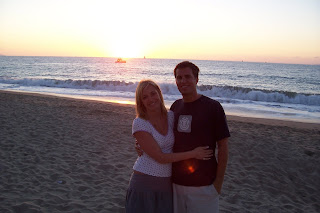 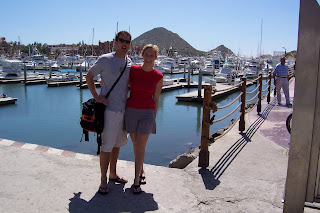 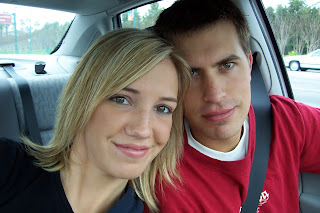 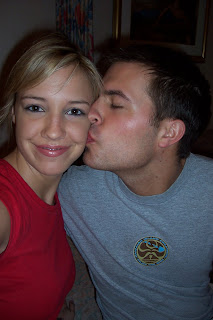 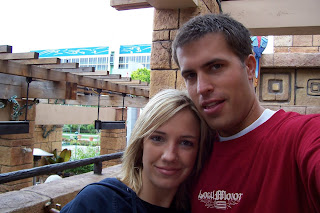 My cute cousin in law Addi occasionally does flashbacks on her blog and I love the idea! Since I only started to blog two years ago I feel so sad that I missed the opportunity to remember so many great memories! (I should have started when you told me to Michelle!) It's amazing how many more pictures you take when you have a blog. So here is flashback number one. This is Quinn and I on our honeymoon. We took a cruise to the Mexican Rivera. We had so much fun. I just remember how weird it was to keep looking at each other and thinking, that's my husband now! Five years later I am just as amazed by him as I was then.
Posted by quinn and kristi at 9:00 PM 7 comments: 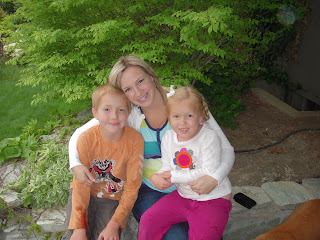 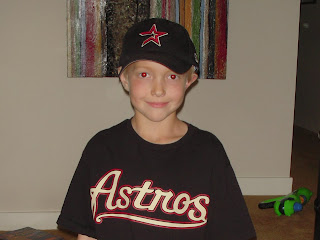 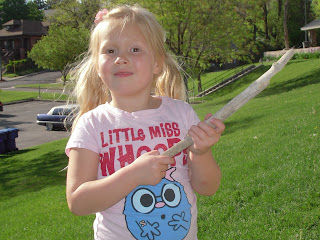 This past weekend I watched the two kids I nanny, William and Molly, while their parents were on vacation. I can't believe I have been watching this family for eight years!!! I have watched them grow up and become the cutest kids. We had a lot of fun this weekend and it really made me excited for our own little family to grow and begin that great adventure with Quinn. One morning Will and Molls came in and cuddled with me under the blankets while it rained and I thought that it was heavenly. That must be why people have children, for those sweet moments. Their little spirits are so great to be around. Then we all burst out laughing when William rubbed my "Buddha Belly" for good luck. They sure are cute.
Posted by quinn and kristi at 6:50 PM 3 comments: 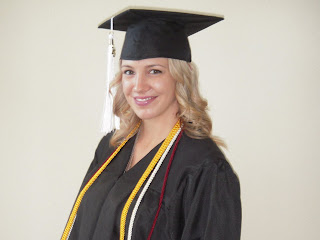 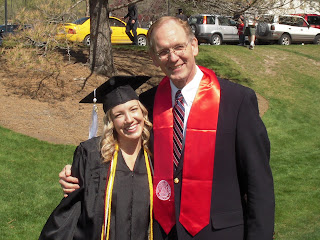 I wore a gratitude stole that you sign and give to the person that made going to school possible. I gave it to my dad. It was fun to see him wear some Ute red. Poor guy, none of his kids graduated form his dear BYU 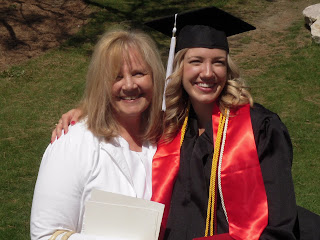 Thanks mom for always encouraging me and for getting just as excited as me over a good grade! I felt like a little kid again calling you up to tell you my scores and knowing you would be happy. 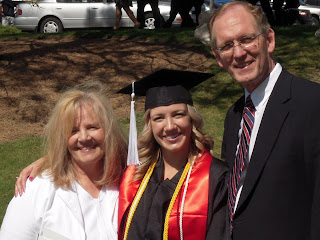 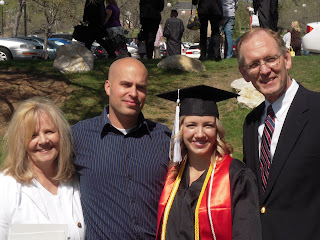 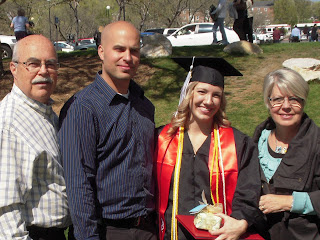 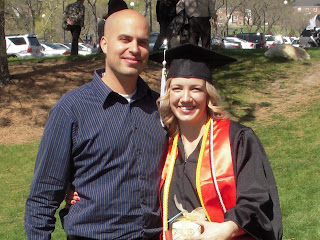 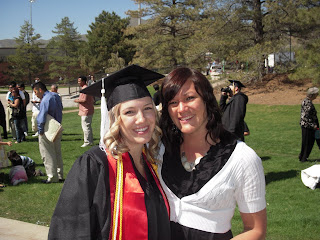 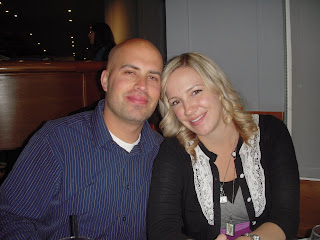 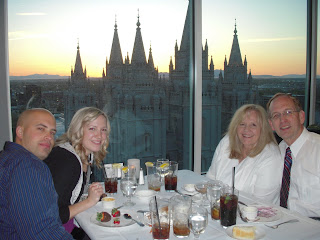 I took my parents to the roof for dinner that night to thank them. I thought it would be fun since that was where they took me back in 2001 for the good ol' East High graduation celebration.
I have been waiting to write this post for ages!!! I graduated this week!!!! YEAH!!! I am so excited! I received two bachelor degrees from the University of Utah, one in Psychology and one in Human Development and Family studies. It has been a long road and I have heard a lot of jokes. Yes a lot of people DO go to college for seven (or nine) years, and some DON'T end up as doctors. But it was all worth it in the end. (I would like to point out that I didn't go all those years though. There were three or four years in there of no school. Just in case you were wondering.) So two years ago after doing just hair for a few years I really got the itch to finish my degree. I thought I would just take a class or two and chip away at the credits but I became obsessed with school and getting good grades, something that my freshman year lacked, and not to brag (OK bragging a little) but since returning to school I got nothing less than an A-. I'm pretty proud of that, especially since that means getting A's in Math and Statistics. I ended up being in both of my majors honors societies. ( I can just hear my high school friends laughing) So I feel like I just accomplished a huge feat for me. Sorry enough boasting, but I really thought I would never see the day!
Thank you so much to my parents who paid for tuition and made going back to school possible! I never could have done it without you. Thanks for believing in me even though I changed my mind about finishing almost a million times.
Thanks Quinn for supporting me, believing in me and being proud of my accomplishments and dealing with many many lost hang out nights due to studying. (for some reason I think you will miss those many nights with the boys)
So if anyone knows the perfect job for a cosmetologist/psychology/human development and family studies major/soon to be mom please let me know!! ; )
Posted by quinn and kristi at 7:14 PM 19 comments: