When it came to planning the funeral we were in an odd predicament. We literally had just moved into our new neighborhood. We hardly knew anyone in the ward and didn't think that it was appropriate to have Lila's funeral there. We asked our old ward if they would be willing to have her funeral there. They were so sweet and said of course. It was quite poetic really. That was the ward we brought Lila home, where she was blessed, where I struggled to accept our reality and finally where I realized that this little being was the greatest blessing of me life.
The night before the funeral we had a viewing. It was so odd to stand next to my girl and try to comfort and be comforted. Nothing seemed right. I didn't want to be there. I tried my best to keep a brave face, to not curl up into a ball in the corner which is what I really wanted to do.
I was touched by the people who had made the trip to see Lila and our family.  That did help my heart a bit. To see the people that were inspired by this little spirit and that wanted to pay tribute. I was strengthened by friends and family and by mothers who had gone through the same thing. Being in this special needs world meant that I had known mothers who had to bury their children. I couldn't believe that years later they were somehow still standing, smiling and now hugging me. I felt like this grief would crush me. How could they have survived it?
Standing next to Lila caused literal pain. My body and heart were screaming. A dear mother said that  to me once, after she lost two children to Vici syndrome she said, I felt like my heart was screaming in pain and no one could hear it but me. That is a very accurate description of how it felt and still feels. Every single part of my body ached, every ounce of my soul ached. It was heart wrenching.
After the viewing my family walked Lila to the hearse.  Watching them drive away with her casket was torturous. And I knew that the next day was going to be even worse. How could I ever leave that little girls side?!
Quinn and I drove home. We were both so exhausted that I don't think we even said one word between us. As we turned up our street we noticed a glow. I think that we were so drained that our brains were working slower and took a bit to register what exactly we were seeing.  But as we got closer we saw them. Hundreds of tulip lanterns were lining our street. All the way up and back, lining our drive way and front walk. I couldn't believe it. It was one of the most beautiful things that I had ever seen. Through the flood of tears I could see people running around and waving to us. We pulled into our drive way and were told that we had gotten home too early and that we had come the wrong way and to go drive to the top and come back. For the first time that day I genuinely laughed. I also cried, big sobbing tears because I was so full of love. I felt like Lila was in the car, thrilled to see the flickering lights.  When we got out of the car I was left speechless. Friends and neighbors came to embrace us. On one of the worst nights of my life I was shocked that I could feel this loved and supported. Our dear friends Callahan and Nikki Williams had planned the whole thing and had prepared one thousand paper tulip lantern. Friends had helped them and even our new neighbors had come out to lend a hand. It was exquisite. It will be one of the most wonderful acts of kindness that I know I will ever receive. What a tribute to my girl. She was my light. 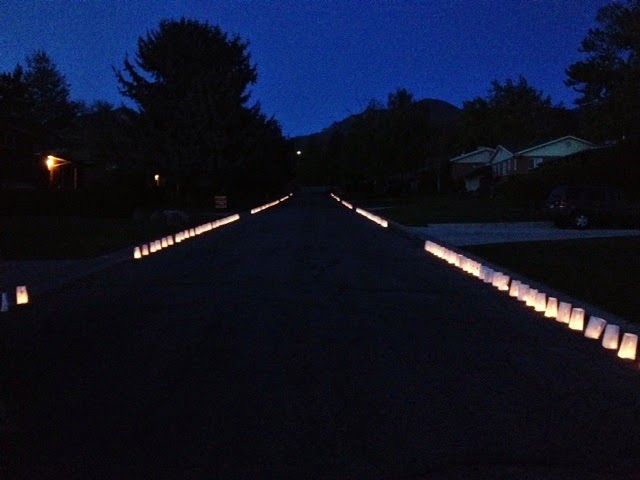 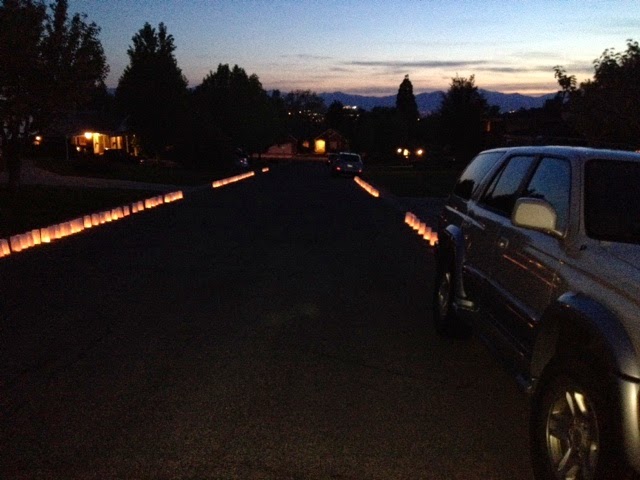 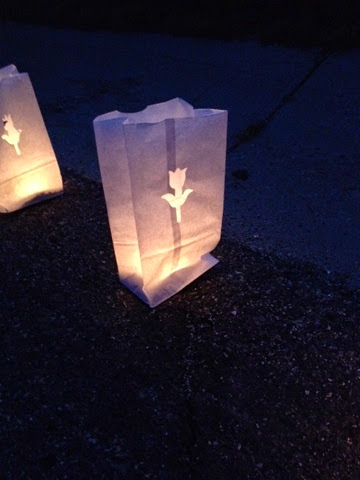 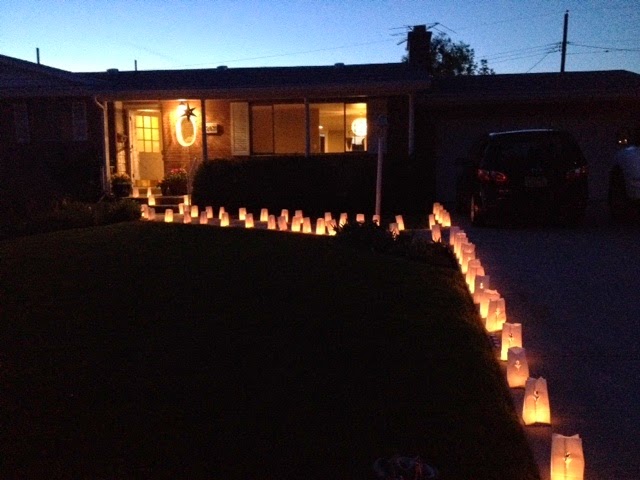 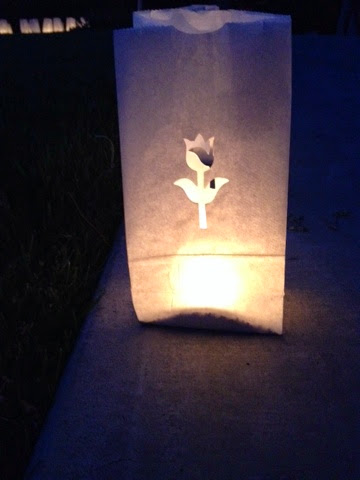 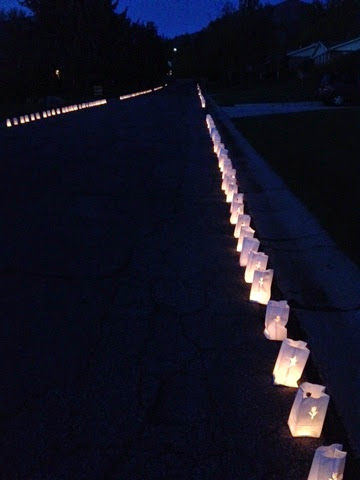 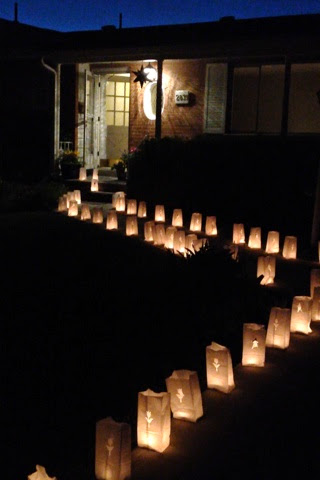 Posted by quinn and kristi at 8:54 PM