Again. Sigh. Poor little miss. She just can't catch a break. After our ER visit last week I thought she was doing so much better. She stayed well enough to actually move last weekend, a huge blessing, but as the week went  on she couldn't keep anything down which meant that meds weren't getting into her little system. I was nervous not only cause I didn't want her to get sick but also because Quinn was heading out of town. A large optical company was flying him to sun valley to schmooze him. Really a once and a lifetime kind of trip. The morning he was suppose to go Lila had been throwing up about twelve hours with no sign of getting better. Quinn decided he wasn't going. He had such a good attitude about the situation. He told me nothing was more important than his girls and he couldn't bare the thought of Lila alone at night in the hospital. In that moment I dont think I have ever loved him more. And so I did a stupid thing, I lied. I told him Lila would be fine and go have fun being wined and dined. Dumb idea but very much out of love. The next day we were back in the ER and being admitted. It was hard for me to take ruby into the ER and struggle with her to not put every germy serface in her mouth but we didn't have a back up plan.  (I have such a new respect for single parents!) We were in survival mode. I started to make the phone calls for help to the family and I truly am in awe by their response. They rallied. Quinn's sister, mom and dad and my sister and mom all came and took their shifts. My mom even slept at the hospital both nights Quinn was gone. It was so touching and very humbling. I always try and do everything I am thrown on my own but sometimes you just can't. You have to ask for help. It's a good lesson for me. We can't do life on our own. We need each other to get though it. Unfortunately she is still there. I was so hoping she would be out for Easter, but at least Quinn is home and can have a day of not scheduling hospital shifts. 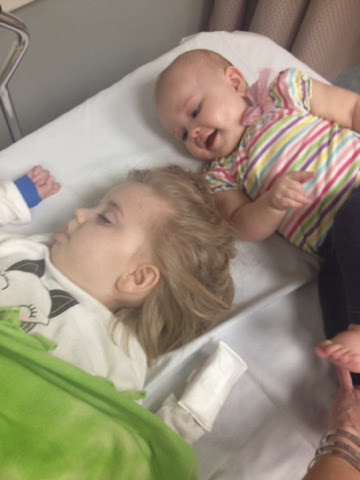 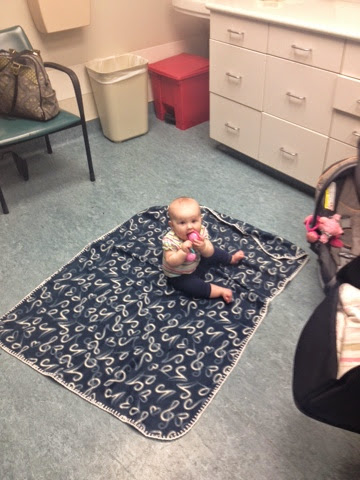 Ruby was so restless in the ER we had to put a blanket down and let her play. So hard for this Special needs mom who has come to fear germs to phobia like porportions. 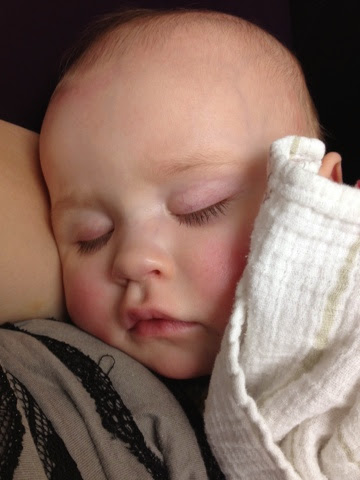 I just had to share this sweet face pic. Finally got her to sleep before a nurse popped in just to see if we needed anything. 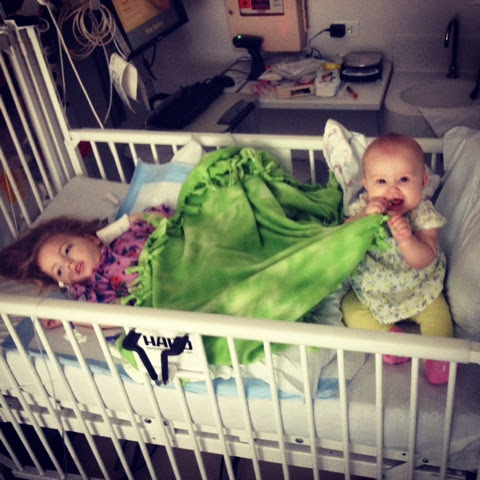 Always nice to have a sick buddy. 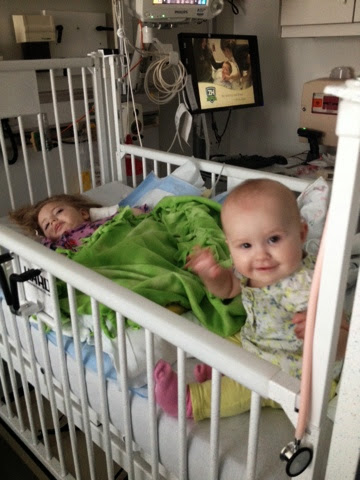 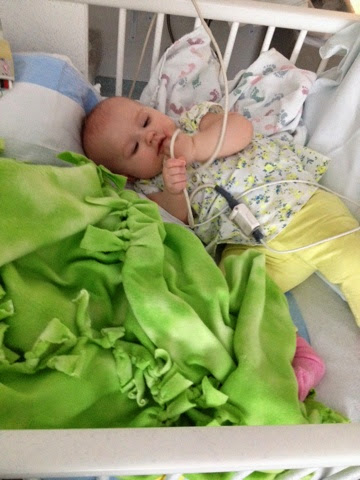 Ruby loves cords the hospital is like her Disneyland. 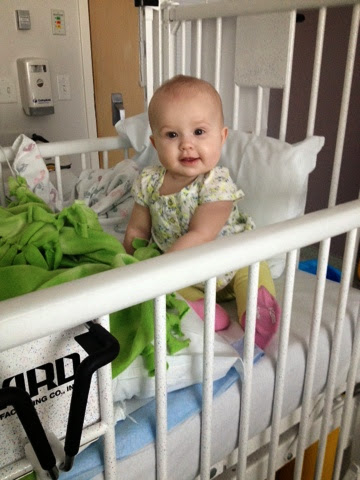 Posted by quinn and kristi at 6:45 AM