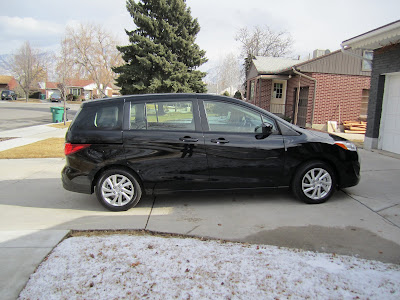 I've never had a new car before. I am so nervous even to drive the thing! I'm just going to stare at it and wipe it with a diaper (ferris bueller anyone?) it has only 7 miles on it! I didn't even think that was possible. 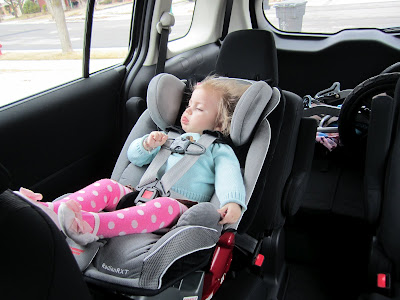 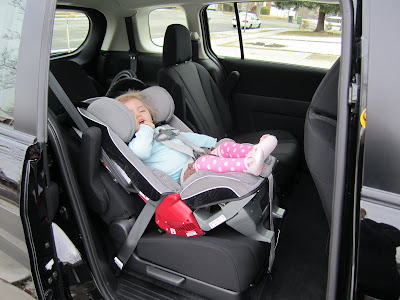 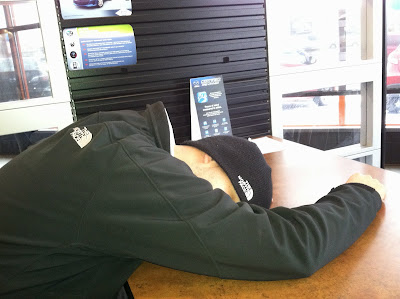 Quinn at the dealer. Accepting that he has just bought a mini mini van.

We sold sexy Lexi and bought a Mazda 5. We looked all over for a car that could have reclining seats but wasn't as big as a traditional mini van since we only have one kiddo. The Mazda was a good compromise.
Quinn was a trooper. He had a hard time selling his beloved Lexus for a "not as cool" car. He swore he would never be a mini van guy. (even though its not a mini van, it kinda resembles one) But in the end we both swallowed our pride and got what was best for miss Lila. I think this will make her so comfy. I am really thrilled to have the Mazda. Thanks PenQuinn!
Posted by quinn and kristi at 3:28 PM

Too funny! I love the photo of Quinn. I am glad you found something that will work for Lila. I hope she enjoys car rides a little more now

It's not even close to a mini van. geesh! I also was not going to be a "mini vaner" but I LOVE it and don't care anymore! The convenience Way outweighs the cool. You guys are cute! Glad you found a comprimise.! LOVE it!!

If Quinn wants, I can give him a quick lesson on how to drive a minivan and still look awesome.

She looks so cozy! I'm happy everything worked out so quickly.